This is a “summary” that appeared at the end of the pamphlet Nuclear Power: The Rigged Debate, published in 1981 by the Politics of Energy Group of the British Society for Social Responsibility in Science (BSSRS). It addressed the pressing issue of those times: the drive by governments in the UK and other countries to invest heavily in nuclear power.

Times have changed. Nuclear power has not only faced wave after wave of public opposition, but has also in many ways failed by the political and business elites’ own criteria (it remains horrendously expensive, unacceptably dangerous, etc). Some governments remain keen on it, others have redoubled their reliance on coal, oil and gas. The progress made by climate science and the discovery of global warming has made urgent the transition away from fossil fuels.

While the priorities have shifted, the issues raised in The Rigged Debate about how to approach them remain 100% relevant. It is an anti-nuclear text, but its primary target is the false way that elites framed the debate at that time. Those issues persist today.

THE RIGGED DEBATE: A SUMMARY

■ The Great Energy Debate draws us into ever-shifting technical disputes which obscure the real reasons for nuclear power.

■ Defined as simply filling an energy gap with one technology or another, the “debate” tacks on costs, safety and viability at the end, in a way which never happens in real life.

■ The “Debate” is largely ignored, in any case! To defeat the nuclear expansion we will have to challenge the forces behind it.

■ To challenge the pro-nuclear forces, we must know who they are and why they find nuclear power so attractive.

■ From military origins, nuclear technology took a step into “peaceful” energy in a way which incorporated military criteria, as in the very types of reactor design 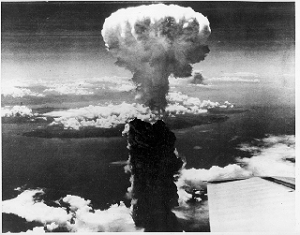 then chosen. Now export of “peaceful” nuclear technology has come full circle back to its military origins, with the breakdown of non-proliferation controls.

■ For imperialist countries, nuclear investment becomes a way of reinforcing their control over the resources of Third World countries, which have recently been challenging that control.

■ Nuclear export not only contributes to the Third World’s technological  dependence on the nuclear West, it also provides a means to overcome internal resistance to the nuclear fuel cycle by further internationalising the cycle.

■ Within a country, nuclear energy becomes attractive as a weapon against workers’ job-control and political revolt.

■ Although nuclear energy doesn’t necessarily produce a net gain in energy, it shifts energy production from more vulnerable sources to those more secure for the state – even if that shift makes energy supply less secure for the population, who must then pay for nuclear investment through higher electricity prices and taxes.

■ If the stability of Western capitalism lies behind nuclear power, why doesn’t that appear in the nuclear debate?

■ “Energy gaps” between supply and demand are presented as simply a matter of technical supply of energy, rather than the security of supply for the state.

■ Costs are supposedly estimated by economists on technical criteria, even though in reality the costs include increases due to safety and environmental demands won through mass struggles. Now that these increased costs have become unavoidable, it becomes all the more necessary for capital to quantify them in money terms suitable for the “nuclear equation”.

■ Viability of energy technologies to actually produce energy gets debated as purely an engineering matter, as if it were an intrinsic property of the technology, rather than being bound up with problems arising from the way the technology deprives workers of knowledge and control over their own labour. The technical representation of the issue helps to keep the decision-making in the hands of the state.

■ Risk is seen as an imperfection in the technology, rather than inherent in the struggle over job-control. The real “safety” problem which capital’s managers set themselves is the task of limiting the scope for discretionary human action (“operator error”). It is not debated how to design technologies which enhance operators’ skills and knowledge, because human labour is treated as an object of manipulation, as part of the problem.

Our Debate and our action

■ An anti-nuclear strategy geared to swaying “public opinion” misses out on opportunities for revealing the real reasons for nuclear power and for obstructing the nuclear fuel cycle.

■ Proposals for “alternative sources of energy” misleadingly identify the problem as the centralised and capital-intensive character of nuclear technology, rather than the capitalist relations of production which the technical division of labour embodies.

■ Scientific “facts” represent not “nature” as such, but nature shaped by efinite social purposes, so that we need to be clear as to whether a particular kind of fact speaks to capital’s problems or to our problems.

■ We need to pose our own questions which can point the way towards attacking weak links in the nuclear chain.

►Download the whole document from the BSSRS archive site here.

►Read about the Radical Science and Alternative Technology meeting here.