“Low carbon?” Its emissions are more than twice the UK economy’s

All of a sudden, hydrogen is (supposedly) a weapon to fight global warming. Governments are bigging it up in their “net zero” plans; oil companies say they are investing in it; union leaders say it will create jobs.

Yes, you read that right. 830 million tonnes of CO2 per year. 2% of total global total greenhouse gas emissions. Equal to about four-fifths of the emissions from aviation; more than twice the entire UK economy’s emissions. (See Endnote 1 about the numbers.)

Of that 115 million tonnes of hydrogen output, more than 99% is “grey” hydrogen – which means it is extracted from natural gas, coal or oil, and the carbon dioxide left over ends up in the air.

It’s fashionable to talk about “blue” hydrogen (made from fossil fuels, but with the carbon captured and stored, instead of being emitted) and “green” hydrogen

(produced by electrolysis of water, using gigantic quantities of electricity). But these techniques are used only in a tiny handful of businesses. “Grey” hydrogen is completely dominant.

Companies and governments are promising to expand “blue” and “green” hydrogen production. They claim it will replace natural gas to heat people’s homes, and petrol for cars, and that it will cut carbon emissions.

But before expanding hydrogen production, what about decarbonising existing output?

It would also mean a big shake-up of some of the world’s most polluting industries – oil refining and petrochemicals production – where the hydrogen is produced and used.

There is little mention of hydrogen’s gigantic carbon footprint in the glossy reports, press releases and “net zero” policies of the companies that produce it. But a report END_OF_DOCUMENT_TOKEN_TO_BE_REPLACED

The UK paid Royal Dutch Shell $116 million of tax rebates in 2019, while the company reported $92.1 billion revenues in the UK for the year.

Internationally, Shell made pre-tax profits of $25.5 billion in 2019, and paid $7.8 billion income tax and $5.9 billion royalties, in dozens of countries. But the UK, France, South Africa and Indonesia handed money back to Shell. 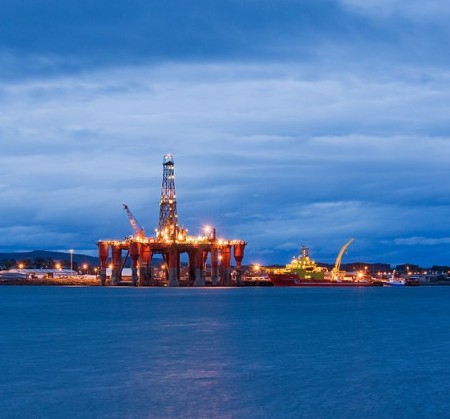 unlike 2015 and 2016, when the Treasury paid out more in rebates than it collected in tax (as shown in this earlier EITI report).

Shell and BP’s rebates are part of the hugely generous system of tax breaks for North Sea producers, linked to the decommissioning of declining oil fields (and analysed last year in the Sea Change report by Platform, Oil Change International and Friends of the Earth).

These are subsidies to fossil fuel production, running into billions of pounds, devised by a Tory government that claims to be taking action on climate change.

And the problem runs deeper. North Sea oil production has since the 1980s been taxed with profit-based, rather than resource-based, methods, which gave the international companies access to the resources in the ground on unprecedentedly favourable terms.

The central role of these tax arrangements in the neoliberal “process of redefinition of the economic frontiers of the state” was analysed in this article by Juan Carlos Boué, END_OF_DOCUMENT_TOKEN_TO_BE_REPLACED