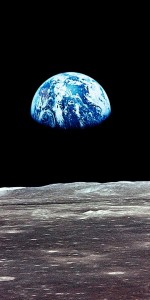 Stop tailoring global warming scenarios to make them “politically palatable” (July 2013). An interview with Kevin Anderson of the Tyndall Centre for Climate Research

A Galileo for Our Time (June 2011). Review of Storms of My Grandchildren, by the climate scientist James Hansen

Climate scientists are people too (19 November 2019). About a London conference on climate change

I have seen the techno-future and I’m not so sure it works (4 April 2016). A response to Postcapitalism by Paul Mason

‘The instrument of labour strikes down the labourer.’ Marx on machinery is worth reading (June 2015). A response to a guest post by Ned Ludd on socialism and ecology

A radical critique of science: writing the next chapter (April 2015). A conference looking back at the radical science initiatives of the 1970s

We’re all Luddites now (August 2013). Some thoughts on socialism and technology

North Sea oil and gas: the elephant in the room (4 October 2019). Neil Rothnie on the need for a just transition away from UK oil production

Making decentralised electricity work for all of us (30 September 2019)

Kazakhstan. A young mother grieves, Tony Blair cashes in (20 April 2016). The aftermath of the 2011 massacre of oil workers at Zhanaozen

Zhanaozen: worker organisation and repression (December 2013). The story of the oil workers’ strike of 2011, the biggest workers’ revolt ever in Kazakhstan, the police massacre of demonstrators that ended it, and what followed

The North Sea: the reaction to Piper Alpha (May 2013). The Piper Alpha disaster of 1988 in which 167 oil workers died; the wave of rank-and-file organisation that followed. An interview with Neil Rothnie

No Dash For Gas: We climbed those chimneys to kick-start protest and debate (March 2013). Interview with Ewa Jasiewicz about direct action against the fossil fuel industry

Vasily Grossman’s Life and Fate (14 May 2018). A play based on the great novel about Stalinism and war

Ukraine: Russian White Guards in the Donbass (5 July 2014). Zbigniew Marcin Kowalewski on the Russian fascists and their “left” supporters

‘Libertarian in spirit’: the left and Maidan (16 June 2014) Kirill Buketov on workers’ organisation in the 2014 uprising

Darkness in May. A socialist eye-witness in Odessa (5 May 2014). How division and nationalism led to tragedy

Ukrainians, Russians and Europeans against Putin’s war (March 2014). Reactions to the Russian annexation of Crimea

“Tyrants across the world now know they can maintain power through mass slaughter” (16 December 2016) An interview with Leila al-Shami, writer on Syria and co-author of Burning Country

Confronting the agents of capital: a Corbynista’s dilemma (19 December 2019). John Graham Davies looks back at the election defeat

Scotland: We encourage everyone to speak, even if their voice shakes (3 April 2017) Cathy Milligan on grass-roots organising in Glasgow

After the referendum: what we can do (25 June 2016) Ewa Jasiewicz on Brexit

Desperately seeking socialism (18 June 2018)  The political history of the Soviet dissidents: a discussion with Gabriel Levy and Ilya Budraitskis

The Earth and us: ways of seeing (February 2018). Review of The Shock of the Anthropocene by Christophe Bonneuil and Jean-Baptiste Fressoz

How neo-liberalism used the “limits to growth” (November 2015). Interview with Sarah Nelson on the politics of environmentalism

How the Paris communards made their lives luxurious (July 2015). Interview with Kristin Ross, author of Communal Luxury: the political imaginary of the Paris Commune

No. Morals really are not written into our genes (July 2013). Steve Drury challenged the paleontologist Christopher Boehm – and in The Revolution That Worked, Chris Knight responded to Drury

Accuser of capitalism: John Maclean’s speech from the dock, 9 May 1918. The Scottish revolutionary who opposed the first world war – a People & Nature pamphlet

The human species and the earth’s crust, by Amadeo Bordiga (1952). An early Marxist writer on ecology

People and Nature: towards a socialist approach, by Gabriel Levy (September 2011). The way I saw socialism and ecology when I started this blog

If you want updates when new stuff appears … 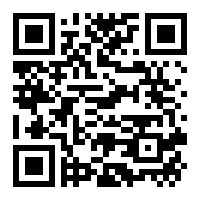 This entry was posted on Monday, December 23rd, 2019 at 8:26 am and is filed under Crisis of capital, Energy, Environmentalism, Global warming, History and prehistory, Science and technology, Social and labour movements. You can follow any responses to this entry through the RSS 2.0 feed. You can leave a response, or trackback from your own site.