Genetics and the peopling of Britain: We are all hybrids

We are in the midst of a resurgence of racism, white supremacism and all the other trappings of right-wing populism, together with growing physical threats from some who adhere to those ideologies. This trend depends on a morass of origin myths, pseudoscience, denialism and conspiracy theory – an “intellectual” foundation that actually permeates more widely than merely in overtly far-right fringe groups. Sadly, it is part of the cultural baggage of a majority.

Yet rapid advances in the science of human origins have been providing powerful refutations of all kinds of nonsense and mindless prejudice.

Britain has long been a relatively quiet repository of day-to-day, casual racism and ideas of supremacy that stem from its former possession of colonies, together with the idea of an 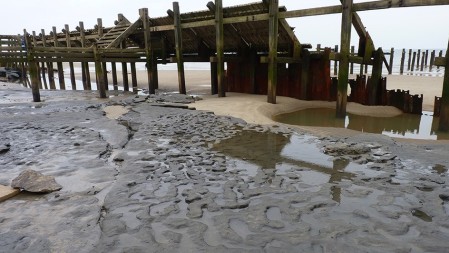 Footprints made by the earliest visitors to Britain 850,000 years ago (Picture: Simon Parfitt, British Museum)

island fortress against all comers, benign or malevolent. So how the “British” and their early culture came into existence is an excellent starting point for countering the insidious backwardness of this politics.

Evidence for the presence of humans in Britain goes back about a million years. For most of that time, however, any occupation was probably temporary. Stone tools are the most durable signs that early humans paid the British landscape a visit, fossil remains being rare and generally just a few fragments.

The earliest known traces occur in ancient river deposits exposed by wave erosion on the Norfolk coastline. Pear-shaped, double-edged stone tools, known as “bifacial axes” (archaeologists are uncertain about how they may have been used) turn up there from time END_OF_DOCUMENT_TOKEN_TO_BE_REPLACED

Climate change must be a thing. It’s on prime time TV

Key effects of global warming were reported bluntly to millions of TV viewers in the documentary Climate Change: The Facts, on BBC One on Thursday 18 April.

“It may sound frightening”, the super-popular TV naturalist David Attenborough said, introducing the show, “but the scientific evidence is that if we have not taken dramatic 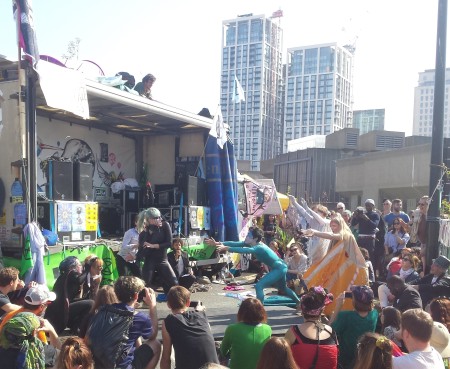 The Renew Rebels theatre group, performing on Waterloo Bridge on Friday 19 August during the “Extinction Rebellion” protests. Oil (in black) confronts wave power (in blue), wind (in white) and the sun (in orange)

action within the next decade, we could face irreversible damage to the natural world and the collapse of our societies”.

The press loved it. “A call to arms”, The Guardian said. Would it “wake up philanthropists, investors and governments to act?” Forbes asked.

I wondered: why now?

The BBC hasn’t exactly rushed to portray global warming accurately. In 2011, two decades after the international climate talks started at Rio, scientists were slamming the BBC for giving air time to climate science deniers. In 2014, a BBC memo told journalists to stop pretending “balance” was needed between climate science and its deniers – but the practice continued, leading to another edict in September last year. By that time, researchers had started refusing to come into BBC studios to debate deniers.

But high-profile BBC journalists still felt compelled to interview anti-science nutters who are paid by the fossil fuel industry to advise Donald Trump. In October last year, when the END_OF_DOCUMENT_TOKEN_TO_BE_REPLACED