Lawyers for Viktor Filinkov and Yuly Boyarshinov, two of the defendants in the “network case”, are now preparing for their trial. The defendants in the case are Russian anti-fascists who were arrested – and tortured by security services officers – in St Petersburg and Penza last year. They are accused of a so-called terrorist plot – a prosecution denounced by Russian human rights organisations as a frame-up.

Anti-fascists across Europe, as well as in Russia itself, have been campaigning for the charges to be dropped, and for those responsible for torturing the defendants to be brought to justice.

This is a report of an update on the case provided by Vitaly Cherkasov, lawyer for Viktor Filinkov. It was published on the Russian news web site OVD-info.

On 19 January, Vitaly Cherkasov, legal counsel for Viktor Filinkov, held a press conference on his client’s case in St Petersburg. After being under investigation for 13 months,

Yuly Boyarshinov, in conversation with his lawyer, at a court hearing. Photo: Rupression.ru

Filinkov’s case has now been sent to court, and Cherkasov is free to discuss the evidence. According to Cherkasov, there is no substantial evidence in the case file against his client.

“We are concerned that the court will follow the prosecution’s lead and hold the trial in camera,” said Cherkasov. “Having studied the case file, we didn’t find a single document that would count as a state secret or other secret. We want the trial to be monitored by the public. We believe that with the help of the public and the press, we can convince the court in an open hearing to examine the case objectively.”

Viktor Filinkov was detained at Petersburg Pulkovo airport on 23 January 2018, but he was arrested only on 25 January. Later Filinkov recounted how he was tortured by FSB officers throughout the intervening two days.

“The case file contains my client’s testimony, which were given to the state-appointed lawyer,” Cherkasov stated. “This lawyer did not pay attention to the bodily injuries sustained by Filinkov.”

Initially, Filinkov gave statements that were advantageous to the investigators, but after he appointed Cherkasov as his legal counsel, he stated that he had made false confessions END_OF_DOCUMENT_TOKEN_TO_BE_REPLACED

On Sunday (24 March), Argentina will mark the 43rd anniversary of the 1976 coup d’état with demonstrations and meetings. To mark the occasion, People & Nature is publishing Argentina 1976-1981: Theatre Against Dictatorship – the story of the Workshop of Theatrical Investigation (TiT), a clandestine political theatre group that fought against the military junta that took power that day, as told by Marta Cocco, one of the group’s founders.

The Argentine junta, which overthrew the government of Isabel Peron, was one of the most violent in Latin American history. More than 30,000 people, mostly young opponents of the bloodthirsty regime, were killed in the security forces’ rampage that followed the coup. The resistance to the dictatorship, of which the TiT and many other groups were part, was a link in the chain of humanity’s striving for a world free of exploitation, hierarchy and war, that continues today. 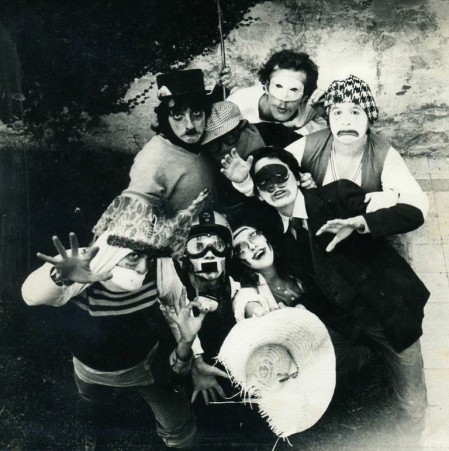 Members of the TiT, who defied the Argentine junta with theatrical performance