In this guest post, ANTI-WAR points to the history of radical intellectuals embracing “revolutionary” regimes, and cautions against repeating those mistakes today

Read visited China on an official delegation. Read’s acceptance of a knighthood for his literary achievements had already discredited him amongst many anarchists. But, at the time of his visit in 1959, he was still the most prominent anarchist in Britain and his published writings had considerable influence on, amongst others, Murray Bookchin.[1]

Read’s “Letters from China” show how easy it is for a radical intellectual to get it completely wrong. The nearest comparable episode was in 1967 when Noam Chomsky used phrases such as ‘mutual aid’, ‘popular control’ and ‘nonviolence’ while referring to Mao’s collectivisation policies. (Later, in 1977-79, Chomsky was also reluctant to acknowledge the full horror of Pol Pot’s version of these policies. See “Chomsky on Cambodia” and here and here.)

These extracts are a timely reminder to be sceptical of any account that claims that the new revolutionary society is being constructed outside of a global working class revolution:

The afternoon was devoted to the Forbidden City [in Peking]. … Everywhere the people are wandering around, free & happy. Delightful children, amused to see foreigners. There is an extraordinary air of happy-go-lucky contentment everywhere, but everyone is working (there is no unemployment, but a shortage of workers). …

[The Chinese] are extremely moral, in fact puritanical. Crime has, apart from occasional “crimes of passion”, practically disappeared. Each street has a committee which settles all disputes, and there are women’s associations that look after the morals of the inhabitants. Theft, which used to be frequent, is now almost unknown. … Food is plentiful & cheap. …

To-day began with the most interesting event so far – a visit to an agricultural commune. These communes have come into existence spontaneously during the past 12 months (previously there were various types of collectives, where work & implements were only partly shared). There are now 24,000 of them, covering practically the whole country & having 450 million members. It is my idea of anarchism come into being, in every detail & practice. …

The commune is divided into five brigades – we were in the Peace Bridge brigade & had then to listen to all the statistics for the brigade. Then a description of how it all works, most interesting – but the most important fact is that these communes are autonomous, which makes them anarchist from my point of view; and they are successful – Production has gone up by leaps & bounds, earnings of workers have doubled, schools & clinics have been provided (33 doctors in this one commune – ten years ago there was none). Many other improvements. …

But everywhere there was pride in their achievements & a feeling that the wicked landlords had gone forever. I forgot to ask what had happened to their wicked landlord – no doubt he was in charge of one of the five piggeries. All this sound dull, but I found it fascinating – a dream come true. …

I wish you could see what is going on here socially & economically – it is the biggest & most successful revolution in history, & very inspiring. We spent this morning at Peking University & there too (in education) they have there own completely convincing methods. …

I remarked to the interpreter that I had not seen a policeman, & he answered as I expected, that they were not needed since the Liberation.

There is still a lot of poverty, though the average income [increased] fourfold since the liberation – from £15 a year in 1949 to £65 now – but now they also get free food (for which they pay 18/- a month). Again much evidence of the moral revolution – as the [commune] Chairman said, in the past much fighting, quarrelling, selfishness, now ease of mind, poetry & song. …

All these communes are virtually self-supporting – the only things they need to get from outside are heavy machinery like tractors & perhaps coal & minerals like cobalt. It is the complete decentralization of industry advocated by Kropotkin in Fields, Factories & Workshops. …

I warn some of them [about the technological destruction of natural beauty], but they smile & say it will be different with us – our workers will be educated, they will want beauty & leisure & we shall not repeat the mistakes of the capitalist world. You get the same answers everywhere, & it is not indoctrination, but a faith that moves mountains. …

There are slogans & posters everywhere, and party literature in every hotel lounge: but like the professor this afternoon, however firm their faith, they are willing to discuss it in a free & friendly manner. … (From A Tribute to Herbert Read, 1893-1968, pp. 44-49, emphases added in italics.)

Here are some other accounts inspired by visits to various “socialist” regimes:

Victor Serge, Year One of the Russian Revolution

– in which Serge, a former anarchist exiled in Russia, defends the Bolshevik Party, saying the party “must know how to stand firm sometimes against the masses” and “to bring dissent to obey”.

Sidney and Beatrice Webb, The Truth about Soviet Russia

– This pamphlet summarises the book, Soviet Communism: A New Civilisation, which was inspired by a visit to the USSR during the devastating Ukrainian famine. In the pamphlet, these

influential intellectuals overlook the famine while claiming that “Stalin is not a dictator” and that the USSR is “not only a political but an industrial democracy”.

– in which De Beauvoir claims of Mao that “the power he exercises is no more dictatorial than, for example, Roosevelt’s was”. De Beauvoir visited China with Jean Paul Sartre, who, after his earlier visit to

the USSR, had concluded that “the Soviet citizen has, in my opinion, complete freedom of criticism”.

– in which Sweezy says that there is no sort of “totalitarian dictatorship” or dogmatic “line or ideology” in Cuba.

– in which the influential Keynesian economist says that Kim Il Sung “seems to function as a messiah rather than a dictator”.

– in which North Korea is described as a ‘paradise’.

– in which Chomsky says ‘there appears to be high degree of democratic participation at the village and regional levels.’

– in which Burstein says he saw “not a single sign of coercion” in Pol Pot’s Cambodia. In another article 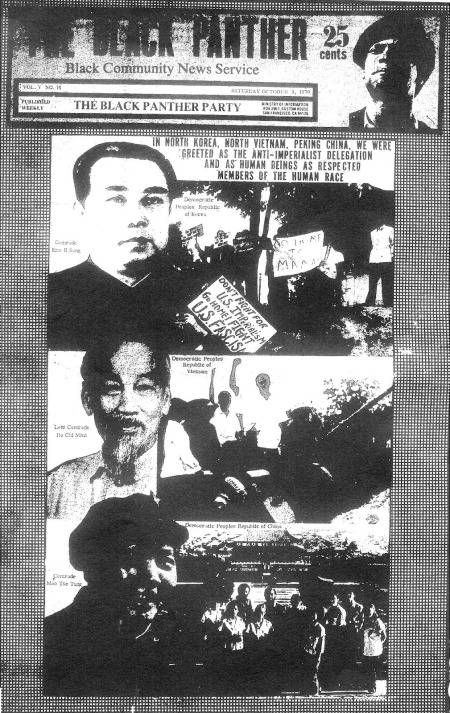 he wrote that a “very broad democracy exists in the cooperatives”.

Michel Foucault, “What are the Iranians Dreaming about?”

– in which Foucault says that “by Islamic government, nobody in Iran means a political regime in which the clerics would have a role of supervision or control”. Foucault also seemed to believe that under such an Islamic government, “between men and women there will not be inequality with respect to rights”.

– This book includes an account of several Workers Revolutionary Party trips to Libya to obtain funding from Gaddafi’s “revolutionary” regime.

Tariq Ali, Revolution from Above

– in which Ali recounts how he tried to convince Piotr Suida, a survivor of the 1962 Novocherkassk massacre, to join the Russian Communist Party. Ali dedicated his book to the Moscow Party leader, Boris Yeltsin, in the hope that the Party leadership would revive Soviet socialism.

– in which Chomsky’s colleague, Michael Albert, praises Hugo Chavez’s Bolivarian revolution for a “vision that outstrips what any other revolutionary project since the Spanish anarchists has held forth”. In 1980, Albert was similarly naive about China’s Maoists, claiming that they may have genuinely wanted “greater worker and peasant power”. (For different views on Chavez, see: “The Revolution Delayed” and “Dead Left”.)

David Graeber, “No. This is a Genuine Revolution”

– in which Graeber explains that the Rojavan “security forces are answerable to bottom-up structures” and that they intend to “ultimately [to] … eliminate police”. See also his “I Appreciate and Agree with Ocalan” interview.

Janet Biehl, “Impressions of Rojava: a Report from the Revolution”

– in which Biehl says that “women are to this revolution what the proletariat was to Marxist-Leninist revolutions of the past century” and that although “images of Abdullah Ocalan are everywhere”, there is nothing “Orwellian” about this. (For a variety of views on Rojava, see the “Rojava Revolution Reading Guide”.)

It may seem unfair to include anti-Stalinists like Chomsky and Graeber in the same list as those who had real illusions in Stalinism and Maoism. But critical thinking is essential for working out how to make a revolution that does succeed. It is therefore important to show how a neglect of critical thinking can affect any of us. 27 July 2015

This entry was posted on Monday, July 27th, 2015 at 7:50 pm and is filed under History and prehistory. You can follow any responses to this entry through the RSS 2.0 feed. You can leave a response, or trackback from your own site.

One Response to Revolutions and rose-tinted spectacles