Humanity’s problem is not that it will use up all the coal, oil and gas. That could not happen for hundreds of years. But, already, the easy-to-get-at resources are running out. Oil and gas companies are going further, drilling deeper, and using more and more complex technologies to eke out resources, than ever before.

And long before these fuels are exhausted, the world’s economies will have burned the 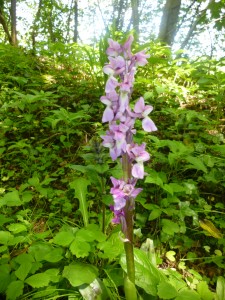 amount that – according to climate scientists – can be used without potentially triggering uncontrollable global warming.

These are some of the conclusions of a report published yesterday by Corporate Watch, To The Ends Of The Earth. It explains the drivers behind the “unconventional fuels” boom, what those fuels are, and why there is a groundswell of opposition to them by communities and environmentalists.

The report questions the idea of “peak oil”, i.e. that oil production would reach a maximum, and then decline, causing “the imminent collapse of modern civilization”.

The stock of conventional oil and gas reserves – that is, those that it is economically feasible to produce, using conventional drilling techniques – may indeed be peaking, it argues. But rather than this causing “global economic and social collapse”, it is driving the oil producers to access new resources that were previously considered too expensive, or too difficult to make use of.

“As oil and gas reserves begin to run low, energy prices rise, and this, along with enormous power held by fossil fuel companies, means that new, more extreme methods of production END_OF_DOCUMENT_TOKEN_TO_BE_REPLACED

‘Libertarian in spirit’: the left and Maidan

Before the war was the uprising. The military conflict between Russian-backed separatists and the Ukrainian government is escalating – and with it the number of casualties, among combatants and civilians. Socialists in Russia and Ukraine are trying to build social and labour movements around internationalist and anti-war principles, participating in so-far-modest efforts to launch a peace movement, and arguing about how best to do so. Central to these discussions are activists’ assessments of the Ukrainian uprising that in February brought down president Viktor Yanukovich, and of the left’s successes and failures in that 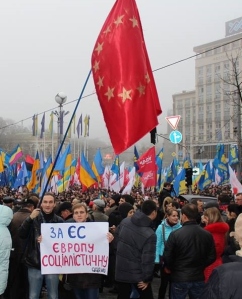 movement – because it was that uprising that triggered the response by the Russian government, which protected the exiled Yanukovich and annexed Crimea, and by Russian nationalist and fascist forces who joined the armed irregulars that control parts of eastern Ukraine. This report by KIRILL BUKETOV of the Global Labour Institute first appeared in Russian on the Left Opposition site. GL.

On 12 April 2014 a conference on The Left and the Maidan was held in Kyiv, which brought together activists from anarchist, socialist and communist organisations that had been involved in the Maidan movement in late 2013 – early 2014. (“Maidan” = square, after Independence Square in Kyiv where the movement began.) The initiative to hold the conference came from the Left Opposition organisation (Liva oppozitsiya), the Centre for the Study of Societies (Tsentr doslydzhennya suspyl’stva), the Centre for Social and Labour Research (Tsentr sotsyal’nikh i trudovykh doslidzhen’) and the social critique magazine Spil’ne (The Commons). It was supported by the Rosa Luxemburg Foundation. The conference provided an opportunity for left-wing END_OF_DOCUMENT_TOKEN_TO_BE_REPLACED