Ukraine 1. Yanukovich’s end is a beginning

The movement in Ukraine that brought down the former president, Viktor Yanukovich, at the weekend has not fitted into some stereotypes used by people in western Europe, including socialists and left wingers. Having spent the last few days in Kyiv, I offer the following answers to questions that friends in western Europe frequently ask.

Question: Has there been a right-wing coup?

Gabriel: No, there has not. The new government will include some nasty right-wing people. How nasty they can get, only time will tell. But it’s difficult to imagine that they could take repressive measures more 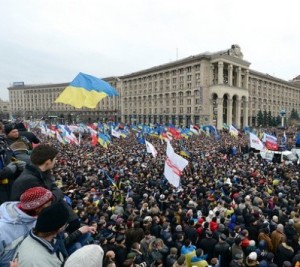 monstrous than those Yanukovich and co. used in the last few months (sniper fire into crowds, other types of murder, torture of activists, unbridled use of paid thugs, and so on).

In any case, the government’s potentially dangerous right-wing colouring is one thing; the character of the movement that paved the way for it is another. Two important points, to my mind, are (1) this was a mass movement embracing wide swathes of the population; and (2) the strength of right- END_OF_DOCUMENT_TOKEN_TO_BE_REPLACED

Ukraine 2. A political earthquake for Europe and Russia

This is the second part of an article on Ukraine. The first part is here

Q. Where did the impetus for Yanukovich’s removal come from? And what else was the Maidan movement demanding, exactly?

G. Yanukovich was always a corrupt bully. Even so, it was remarkable to see how, over the last couple of months, his awful capacity for cruelty helped to tie together the political threads that led to his removal. Each police attempt to clear Maidan brought thousands of extra people into the square, and intensified the level of resistance, and violence, by demonstrators: on 11 December (when a police attempt to clear the square sparked a counterattack), on 19 January (when Yanukovich’s anti-protest laws reignited Maidan), and again on 18 February.

In Maidan’s politics, democracy – the right to demonstrate without fear of brutal police assault, the right to free speech, and so on – was important. 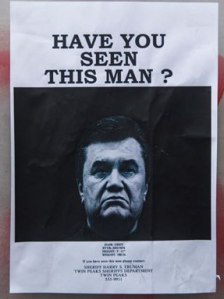 Beyond this, the target perhaps most often identified by protesters was “corruption”. It’s worth thinking about its meaning in post-Soviet states. When their economies began to be merged with world capitalist markets, after the Soviet system collapsed in 1990-91, the transition was far from smooth or comprehensive. Some of them – Ukraine’s neighbour Belarus is the obvious example – have retained many Soviet economic methods (state ownership of most industry; state direction of investment; heavy regulation of markets, prices, cross-border capital transfers, etc). In Ukraine and Russia, most of these methods are no longer used: most but not all industry has been privatised; many but not all prices have been deregulated.

But there are other Soviet-era survivals, particularly in the relationship between the state and the capitalist class. Who owns what, and how business END_OF_DOCUMENT_TOKEN_TO_BE_REPLACED

Next week, on Friday 21 February, a Moscow judge will sentence eight defendants in the “Bolotnoe case” – people arrested in a crackdown that followed the protest movement of 2011-12.

UPDATE, 26 February. On Friday 21 February, all the defendants were found guilty. On Monday 24 February, Sasha Dukhanina received a suspended sentence of three years and three months, and seven other defendants were sent to penal colonies for between two-and-a-half and four years. Their supporters outside court were attacked by riot police. The campaign for their release continues. 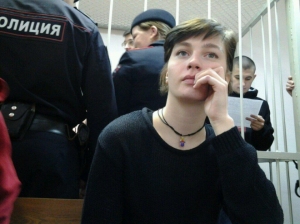 Stepan Zimin and Yaroslav Belousov – are charged with involvement in “mass riots” and assaulting police officers.

The charges relate to a giant protest in Moscow on 6 May 2012, the day before Vladimir Putin was re-inaugurated president.

“What the authorities want is revenge”, Sasha Dukhanina said in her closing statement to the court on 5 February. She denounced the charges as “mendacious demagoguery unsupported by facts, a game played with a human life in the balance”. Dukhanina is accused of throwing chunks of asphalt, one of which allegedly struck a police officer, slightly bruising him END_OF_DOCUMENT_TOKEN_TO_BE_REPLACED